13 Ways To Know Your Abusive Husband Is Changing 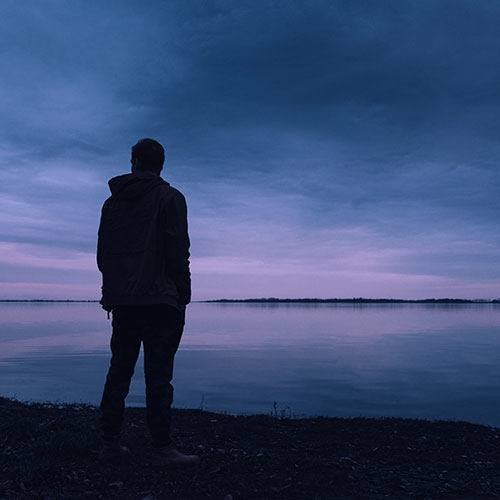 My Husband Isn't Abusive, He Has Anger Issues

"For the first few weeks after my husband’s arrest, I felt like the domestic violence shelter wasn’t really helping me. I couldn’t get answers to my questions. They looked at me like I had some disease.

Now I know why they were looking at me that way—they were concerned. They were concerned because I said things like, “My husband is such a great guy! He can’t be abusive. He has an anger problem he’s been working on, but he’s not abusive.”

I learned more. That’s when I realized that he had been abusive even before we married.

Then I started saying things like, “Well, he’s not the typical abuser.”

I told them, “He’s struggled with a pornography addiction and comes from an abusive family, he needs help! How can we get him some help?”

They kept saying, “You need to read this book,” and, “Have you read the book yet?”

The book they wanted me to read? Why Does He Do That? by Lundy Bancroft. No, I hadn’t read it yet.

Then I read it.

Then I understood why they were worried.

I didn’t know I had been in an abusive relationship. I was in serious emotional, financial, and even physical danger. I was the one who needed help. I needed some serious help. Around this time, I started working on my own recovery."

Here are some excerpts taken from Why Does He Do That? by Lundy Bancroft.

Can My Abusive Husband Change?

For some of the signs that you are being abused please read this article.

Bancroft says, “My fifteen years of working day in and day out with abusive men have left me certain of one thing: There are no shortcuts to change, no magical overnight transformations, no easy ways out. Change is difficult, uncomfortable work. My job as a counselor is to dive into the elaborate tangle that makes up an abuser’s thinking and assist the man to untie the knots. The project is not hopeless – if the man is willing to work hard – but it is complex and painstaking." (pg. 334)

Abusive men find it easier to stay abusive than to change. When a man does decide to dig down deep and change the values that drive their abuse, they develop a new respect for their female partner. His female partner faces the challenge of determining whether he is truly changing.

How Do I Get An Abusive Husband To Change?

An abusive man’s behaviors come with so many rewards. Because of these rewards, he is reluctant to make any major changes in himself. Sometimes women will beg and plead and try to force them to change so that she can feel safe. THIS DOES NOT WORK!

“I am sorry to say that I have never once seen such approaches succeed. The men who make significant progress . . . are the ones who know that their partners will definitely leave them unless they change, and the ones on probation who have a tough probation officer who demands that they really confront their abusiveness. In other words, the initial impetus to change is always extrinsic rather than self-motivated. Even when a man does feel genuinely sorry for the ways his behavior has hurt his partner, I have never seen his remorse alone suffice to get him to become serious [about changing his behavior].

“After a few months of deep work . . . some men do start to develop intrinsic reasons for change, such as starting to feel real empathy for their partners’ feelings, developing awareness of how their behavior has been harming their children, or even sometimes realizing that they themselves enjoy life more when they aren’t abusive, despite all the privileges of abuse they have to give up. But it takes a long time for an abusive man to get to that point.

“. . . the majority of abusive men do not make deep and lasting changes . . . For an abusive man to make genuine progress he needs to go through a complex and critical set of steps . . .” (pg. 335)

How Do I Know My Abusive Husband Is Changing?

When Anne learned about these steps, her first thought was to give her husband a copy of this chapter of the book. "Then he would know what to do! " she thought. Her victim advocate, her mentor, and her therapist advised against it. Over the seven years of their  marriage, her husband had become an expert at mimicking healthy behaviors, without really changing. He was an actor, and Anne did not want to give him the script.

Anne needed to see real change to amend the Do Not Contact order, and he had to figure that out for himself.

Same goes for you. It is not advisable to give your abuser or the addict in your life this list. The wise thing is to set boundaries until you see the following behaviors. That is the only way you can know if they are really changing.

13 Signs Your Abusive Husband Is Changing

Taken from Lundy Bancroft’s book, Why Does He Do That?

An Apology Is Only The Beginning

Bancroft asserts that, “Abusive men don’t make lasting changes if they skip any of the above steps, and some are easier than others. Most of my clients find it fairly easy to apologize, for example. In fact, an abuser may weave apologies into his pattern of abuse, so that when he says ‘I’m sorry’ it becomes another weapon in his hand." (pg. 342)

Once the abusive man has apologized, if he does, he expects his partner to be satisfied and no longer bring it up or feel hurt by it.

Bancroft continues, “If she tries to say anything more about the incident, he jumps right back into abuse mode, saying such things as, ‘I already told you I was sorry. Now shut up about it.’

“But even a genuine and sincere apology is only a starting point. Many of my clients make it through the first three steps: They admit to a substantial portion of their abuse; they agree that their actions resulted from choice rather than a loss of control; and they apologize. Then they dig is their heels at that point." (pg. 342)

An Abusive Husband Must Give Up His Sense of Entitlement

An abuser feels entitled to treat you the way he does. He feels like you belong to him. Any cruel or violent behavior on his part is your fault. This entitled feeling is very strong. When he has started working towards change, there is a voice in his head, according to Bancroft, that says:

“You’ve given up too much already. Don’t budge another inch. They already talked you into saying your abuse is all your own fault when you know she’s at least half to blame because of [what she does]. She should be grateful to you for apologizing; that wasn’t easy to do. She’s lucky you’ve gone this far; a lot of guys [wouldn’t do that].” (pg. 342)

This voice pushes him back into the cycle of abuse.

“Step number four, for example, demands that the abusive man accept his partner’s right to be angry. He actually has to take seriously the furious things that she says and think about them rather than using her emotional pitch as an excuse to stuff her opinions back down her throat. When I explain this step, my clients at first look at me as though I had an eye in the middle of my forehead. 'I should do what?? When she is yelling at me, I’m supposed to just sit there and take it??' To which I reply, 'More than that, actually. You should reflect on the points she is making and respond to them in a thoughtful way.'” (pgs. 342-343)

Changing Is Hard Work for An Abusive Husband

Abusers often think they can get by with changing just a few of their behaviors, as long as they don’t have to give up the ones that are most important to them. Finding the core beliefs that fuel his abuse is key. Giving up these entitlements will be the key to his change.

“At some point during the first few months that a man is in my program, I usually stumble upon the core of his privilege, like a rear bunker on his terrain. He may abandon a few of his forward positions, but this fortification is where he surrounds himself with sandbags and settles in for protracted war. A client may agree to [answer his wife’s questions in a calm voice], for example, but when I tell him that he needs to [stay engaged in a conversation, even if it’s uncomfortable], he draws the line. If being a respectful partner requires [he stop stomping out of the house when his wife is trying to talk to him], he’d rather be abusive.” (pg. 345)

What Do I Do If My Abusive Husband Isn’t Showing Signs Of Change?

An abuser who does not give up these entitlements will return to abusing. If he continues to protect even just one of his entitlements, he is keeping the option open for abuse. If he keeps it open, he WILL revert back to his abusive behaviors until they are all completely restored.

“Abusers attach themselves tightly to their privileges and come to find the prospect of having equal rights and responsibilities, living on the same plane as their partners, almost unbearable. They resent women who require them to change and persuade themselves that they are victims of unfair treatment because they are losing their lopsided luxuries. But they can’t change unless they are willing to relinquish that special status.” (pg. 345)

For signs that your abusive husband ISN’T changing, please read this.

If your husband isn’t changing and you are in immediate danger, please get yourself to safety. One way to do this is to set boundaries. You can find more information on boundaries here. For more immediate assistance, please call a crisis or domestic violence hotline. Find someone safe that you can reach out to.

Anne says, "Becoming educated about abuse helped me put all my husband’s past and current attitudes, behaviors, and choices in perspective. It gave me a way to tell, even with a Do Not Contact Order, if my husband was safe enough to interact with.

"Because I did not see my husband take those critical steps, and he was exhibiting signs that he WASN’T changing, I held my no contact boundary and will continue to hold it until my husband exhibits the recovery behaviors from this list."

Emotional Abuse: Is It Really Happening To Me?