“My Husband Betrayed Me With A Man” 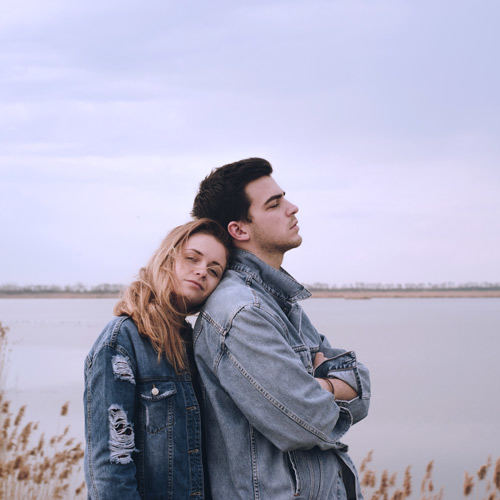 One weekend, eight years ago, a woman realized she’d been avoiding her emotions. She’d spent most of her life denying even the simplest of emotions and had been unable to heal from her trauma.

This was the beginning of her healing journey.

What happened to her could happen to anyone. Her whole world had changed in an instant.

Betrayal Hurts… But With A Man?!?

What she thought was her life and her marriage wasn’t reality.

It wasn’t JUST the betrayal that hurt. It was who her husband had been betraying her WITH!

“In one morning, the whole paradigm of my world shifted.” That was the day I woke up. When I asked myself the question, ‘Is my husband gay?’” -Shero

When her husband told her he’d been acting out, the pain was a lot to bear.

When he proceeded to tell her that he’d been acting out with other men because he experienced same-sex attraction, it was too much to bear.

She was confused and conflicted.

She didn’t know how to react or how to respond.

Then the questions came.

Had he ever been attracted to her?

Had their entire relationship been a lie?

Why hadn’t she known?

When did this happen?

Why did he even marry her?

She didn’t have the answers and wasn’t sure she wanted them.

That’s when she shut down.

That’s when she stopped feeling.

If she stopped feeling, it wouldn’t hurt so much.

If she stopped having emotions, she wouldn’t have to feel the pain.

She spent a long time not feeling, not having emotions.

Then, that weekend, that day, she realized what she’d been doing.

You Can Feel Joy Even When You’ve Been Betrayed

She couldn’t get better if she didn’t feel.

She couldn’t get better if she didn’t let the emotions come.

She couldn’t get better if she didn’t allow the pain to take over for even a short time.

She was tired of not feeling, of not healing. She wanted to get better. She wanted what she used to have, not the broken relationship, but the feelings, the emotions.

She wanted to heal, so she started her journey.

She knew it wouldn’t be easy and that it would be filled with anger, pain and confusion.

She knew it wouldn’t be a short journey, but it would be worth it. It would be satisfying.

She could feel peace and happiness and joy again.

This woman, like many other women, find that their lives aren’t what they thought. Whether your husband has betrayed you with a screen, women, or even men, Betrayal Trauma Recovery is here to help.

BTR provides a safe place to talk about the most painful issues surrounding the betrayal and abuse in your relationship. We offer Daily Support Group or Individual sessions led by a Certified Betrayal Trauma Professional. With over 15 sessions a week, there are many options.

Check out the BTR Group Session schedule and join a group that fits yours.