8 Signs That You Are Being Abused 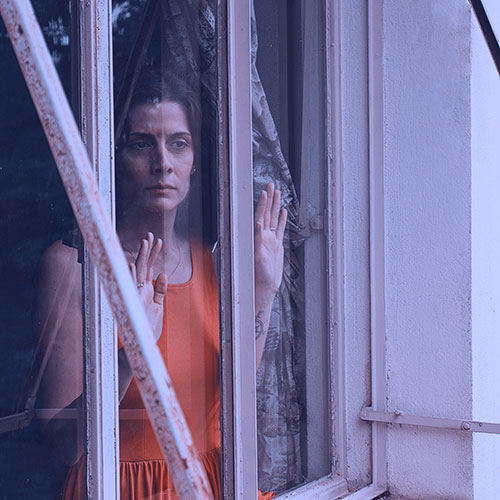 ***Podcast disclaimer: Early in Anne’s healing journey, as are many women, she was exposed to the codependency model for recovery from being married to a sex addict. She has since realized that she and other wives of addicts have truly experienced betrayal trauma. Betrayal Trauma Recovery no longer supports this model because it has been found to cause more harm than good. Betrayal Trauma Recovery strictly uses the trauma model for assisting women who are seeking peace and safety amid the chaos of their reality.

Anne continues to utilize the 12-step manual for developing and improving her own relationship with God. Anne now uses the trauma model for her own healing. You can find more about her thoughts on this here.***

When Anne, founder of Betrayal Trauma Recovery, was married to an abusive man, she didn't realize it, and all her efforts poured into stopping the abuse, that she labeled, "an anger problem." It took Anne seven years to realize her husband was abusive.

Being married to an abusive man can be confusing for a woman. On one hand, she sees the loving, caring man that she married. On the other hand, she is being told that his abusive behavior is her fault. When women are told or shown something often enough, they start to believe what they hear and see.

What they see is a man who talks and behaves as though SHE is filled with faults and he is perfect.

Naturally, most women want their husband to be happy. Since they are “responsible” for the abuse, many women do all they can to change themselves.

Thinking her husband had a self-esteem problem, Anne went about trying to fix his problems. She wanted her husband to be comfortable and confident, so she pestered him about his shoes and clothes. She thought that if he had the right clothes, he would stop being abusive. Even when he had what she thought was comfortable, more up-to-date clothes, it didn't stop the abuse. She can now see that his self-esteem wasn’t the problem.

Anne really loved her husband and when she thinks about the way her desperation for safety appeared to him, it’s no wonder her apologies led to more gaslighting and accusations, rather than connection. Anne's desperate attempts proved that he was still in control.

To Stop Abuse, It Must Be Recognized As Abuse

Recognizing our own feelings around what is happening can help us to reconnect with reality and see what is happening around us. Abusers like to manipulate how their victim sees them and the world. In his book, Why Does He Do That? Lundy Bancroft provides signs of manipulation that abusers use. (pgs. 66-67)

8 Signs That You Are Being Abused:

Being married to an abusive man, who used pornography and would then use gaslighting to avoid accountability, Anne had a hard time sorting out reality. Was she really as awful as her husband said she was? Was it wrong to ask questions and share her opinions? Was it wrong to ask him to stop swearing? No, so she would go about trying to let him know that his behaviors were unacceptable, and that he needed to change. She now realizes that no matter what she did or said, he wouldn’t stop being abusive unless HE wanted to.

You Can Find Safety From Abuse

In most cases of abuse, women have been told that their behavior is unacceptable by their abuser. This keeps many women from finding safety and seeking help.

Setting boundaries can help you establish safety. Reaching out for support can help you realize that you are not alone in their abuse. Most abused women find that many of their guilty feelings are caused BY THE ABUSE, not by their own “inadequacies.” Educating yourself about abuse can help you identify abusive behaviors.

Anne has realized that her ex-husband was a very abusive person who manipulated her self-perception. In order to get back in touch with reality, being willing to share her truth about her experience was a key step forward in her own healing.

If you are not sure if you are being abused, you may find these Betrayal Trauma Recovery Individual Sessions helpful:

Lundy Bancroft’s book, Why Does He Do That?

Get Educated About Emotional Abuse

until the next session. Help is on the way.