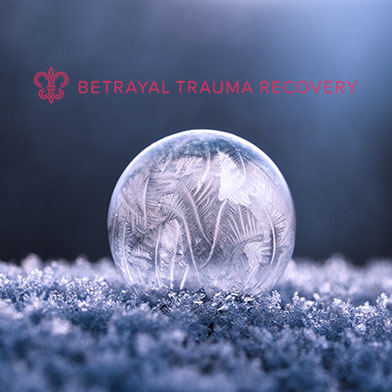 We can feel seriously crazy and may even be told that we are! In fact, what we’re experiencing is, most often, entirely NORMAL.

What Does It Mean To “Be In Recovery”?

There was a long period of time where I thought I was in recovery, and I actually wasn’t. I didn’t’ know what boundaries were. I didn’t know the healing stages. There are so many things that I didn’t understand. Why is it important for women to know where they are in the healing process?

It’s really important that women have a sense of where they are on this journey. I think, a lot of women really recognize they’re recovering from betrayal trauma is not an event, it’s not something that just happens on one day, or in one week. Actually, to have a sense of whereabouts on that journey they are, can really help them to understand what still needs to be done, what stuff they can relax and feel confident about.

Anne: The really important thing is to know what the stages are, and how you fit into those stages. Like you said, it’s not linear. In order to have a very effective recovery, I think it’s important to have a structure, which is what APSATS provides us with. Can you talk about the Multi-Dimensional Trauma Model that APSATS developed?

You’ve hit on, really, the keyword to summarize what it is that the Trauma Model, according to APSATS, offers. It’s a structured approach to healing. We know that, when we’re in a state of trauma, actually, anything that provides a bit of structure, and safety, starts to put us on that road to healing straight away.

The three-stage approach to healing, which I’ll unpack in detail in during our sessions, is actually a really helpful way for women to feel like they can identify the steps that they need to take, and to feel like they have some safety within that structure. It’s a really important approach, inasmuch as it’s a well-worn, well-trodden, well-practiced path to healing.

You’re not trying to walk through an uncharted territory for the first time, by yourself. There are some really well-defined steps, and processes to follow, that have been proven to be successful. That’s why I love the APSATS model, because there’s nothing hit-or-miss about it, nothing’s left to chance.

In fact, they were developed and adapted from the original trauma healing model of Judith Herman, which was used in a much more broad way, to address all sorts of other traumas too. This isn’t just proven to work with betrayal trauma, but actually, a similar approach is taken with other trauma survivors as well. That’s what I love about the APSATS Multi-Dimensional Partner Trauma Model.

Not Sure How to Get Started?

This video gives you the basics we recommend to get started with your Betrayal Trauma Recovery.

It’s not linear, you could be in Stage 1 for a while, then move to Stage 2, then feel like you’re in Stage 3, and then be like, “Wait a minute, I’m not at Stage 3. I thought I was, but, really, I need to go back to Stage 1. I need to establish safety, for example.” That’s what we’re talking about, when we say it’s not linear. You can move back and forth between those stages.

I tend to think about it, you know, like when you see a watercolor painting, and, sometimes, the edges are blurred. They’re not like a straight edge, or a very well-defined edge. I like to think about the kind of edges between each stage as being a bit like that of a watercolor painting, because there are bits in Stage 1 that cross over into Stage 2.

You might spend a little bit of time on that threshold, where you still have some Stage 1 stuff to work on, but you’re moving into Stage 2. Likewise, between Stages 2 and 3, there’ll be this blurred edge, whereby you’ll be doing a little bit of each thing. Actually, you can be on the precipice of Stage 3 and still have some safety and stabilization stuff to do from the first stage, because things happen that are outside of our control, and triggers will occur.

There’s definitely blurred edges between the stages. There’s, also, the sense of building momentum as you go through. You will definitely do, for example, something like trigger management, and understanding difficult emotions in Stage 1 that will be a really important foundational piece to your recovery, and to your healing. That doesn’t mean that, when you get to Stage 2, you don’t have to do that anymore. It just means that you build on top of that, right.

You’ll still do the same stuff in Stage 2 that you did in Stage 1, and you’ll only be able to do the Stage 2 stuff because you did that stuff in Stage 1. That’s the beauty of it, really, is that it’s not about trying to get to the endgame. We recognize that, for many of us, this is actually about integrating this experience, and building that into who we are, and who we want to be for the rest of our life.

Anne: I don’t want that to scare women, because I remember when I started recovery, I thought, “Okay, when I’m done.” I was driving to a support group, and I thought, “Well, once my crisis is over, I’ll stop,” but, hey, I’m two and a half years out. I still love my support group. Now, I plan on going the rest of my life.

Recovery Is An Exciting Journey Of Growth

I would say that I totally get it. That’s the first thing that I would say. I would say that I’ve been there, and I know what that feels like, and, “Why do I have to go on a lifelong journey, because he did what he did?” I totally get that. Actually, Anne, one of the things that has always stayed with me, from my own recovery—so, for those of you who don’t know, I have my own recovery from substance addiction, and I’ve been sober for ten years.

Whilst it may seem unfair that we’re on this lifelong journey, that isn’t a lifelong journey of just avoiding pain. At some point, we will make a shift, and realize that, actually, we’re no longer running away from where we came from, but we’re running to this better life that we are now starting to build for ourselves.

I get that it’s not fair that I have to go on a lifelong journey. I know that feeling of, “Why do I have to do that?” Yet, I would say to not think about it in terms of, “I have to go on a journey just to not hurt.” Actually, there is a whole world of discovery for women who are healing from betrayal trauma. At some point, it stops being a chore, and starts becoming more about a way of life, and moving towards something better.

I felt that shift with my recovery. I felt a shift from trying to manage the sadness, and manage the grief, and manage the triggers, to now, where I’m working with a coach to build the life I want, right. For me, it took about two years slogging through the grief and the pain. Now I feel like I’m on the other side of that, but I still have so much work to do. I can see my goals, and I am now, excitedly, working toward them.

These individual sessions offer an opportunity to assess where you’re at, and that’s great for everybody. Wherever you are, however long you’ve been doing this recovery thing, getting a benchmark as to where you might be in that process, can be a really helpful thing, to help you to think about, as we’ve already said, what might need to come next.

This is also a really great opportunity for women who are new on this journey, and who are in that stage where they just feel like everything is crazy, they don’t understand why they’re feeling the way that they’re feeling. This can really help them to get that sense of empowerment, and of validation that only comes from being around people who get what you’re going through.

This will help women to really capitalize on the progress they’ve already made, and to bolster where they’re at, or to use this as a bit of a launchpad to work out what is the next step that they need to take. The other thing that is really important to me about women understanding what betrayal trauma looks like for them, is that it gives them the opportunity to learn how to advocate for themselves.

One of the most upsetting things, that I hear over and over again, is the women who’ve been damaged and hurt when they’ve reached out for help. I really feel like it’s important that women understand exactly what it is that they’re healing from, so that, when they go to seek help with that healing from a professional, from a therapist, from a church or religious leader, from whoever it is that they go and seek that support from, they can go in form.

When somebody gives them that rubbish piece of advice, when somebody tells them to do that thing that they think is going to help, that really isn’t, they’re going in with enough education to be able advocate for themselves, and to really understand what it is that they need to support their own healing.

We have so many women who say, “Wow, if I would’ve found this ten years ago, I would be in so much better shape.” We want every woman who needs to find it now to be able to find it.

I am so grateful to be on this recovery journey with you. I’m honored. The women that I meet every day amaze me. I met an amazing woman last night, who told me her story, and didn’t recognize that she had been abused for 12 years, and also did not recognize that the behaviors that she was seeing were consistent with pornography use.

Learn How To Establish Peace